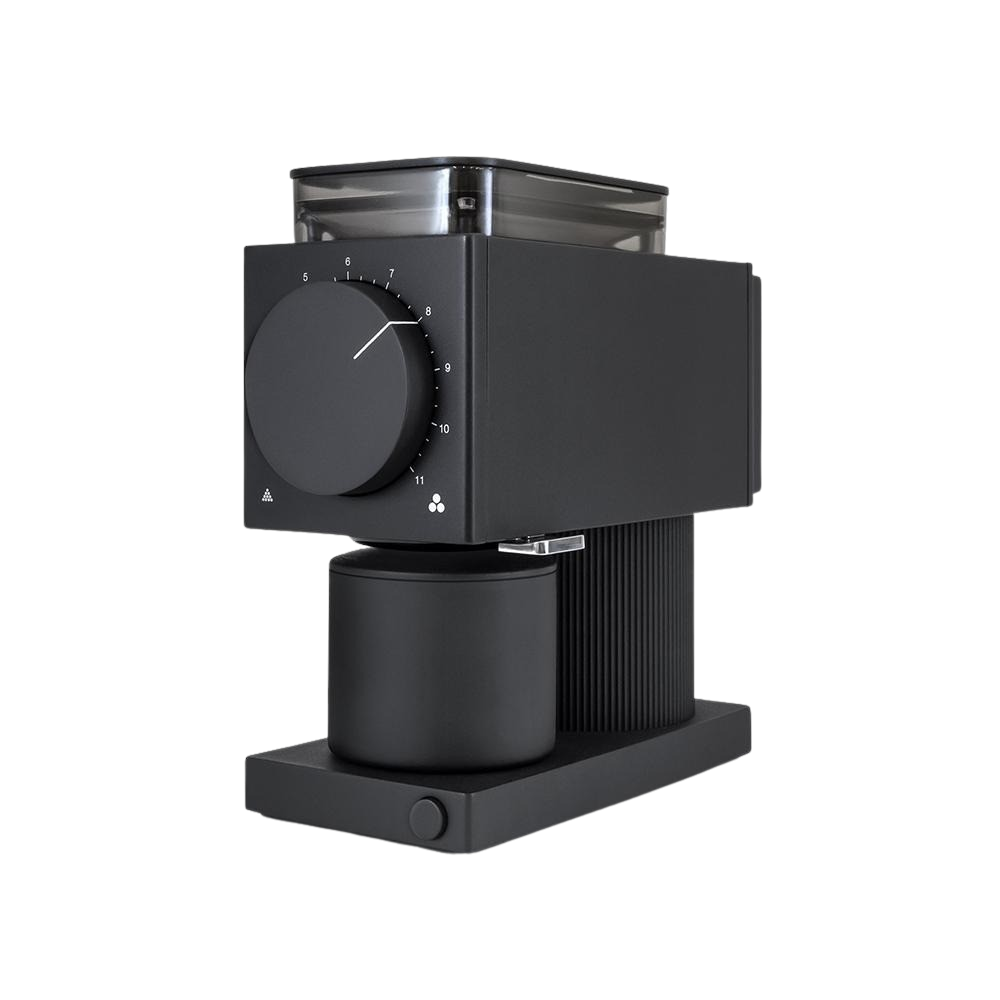 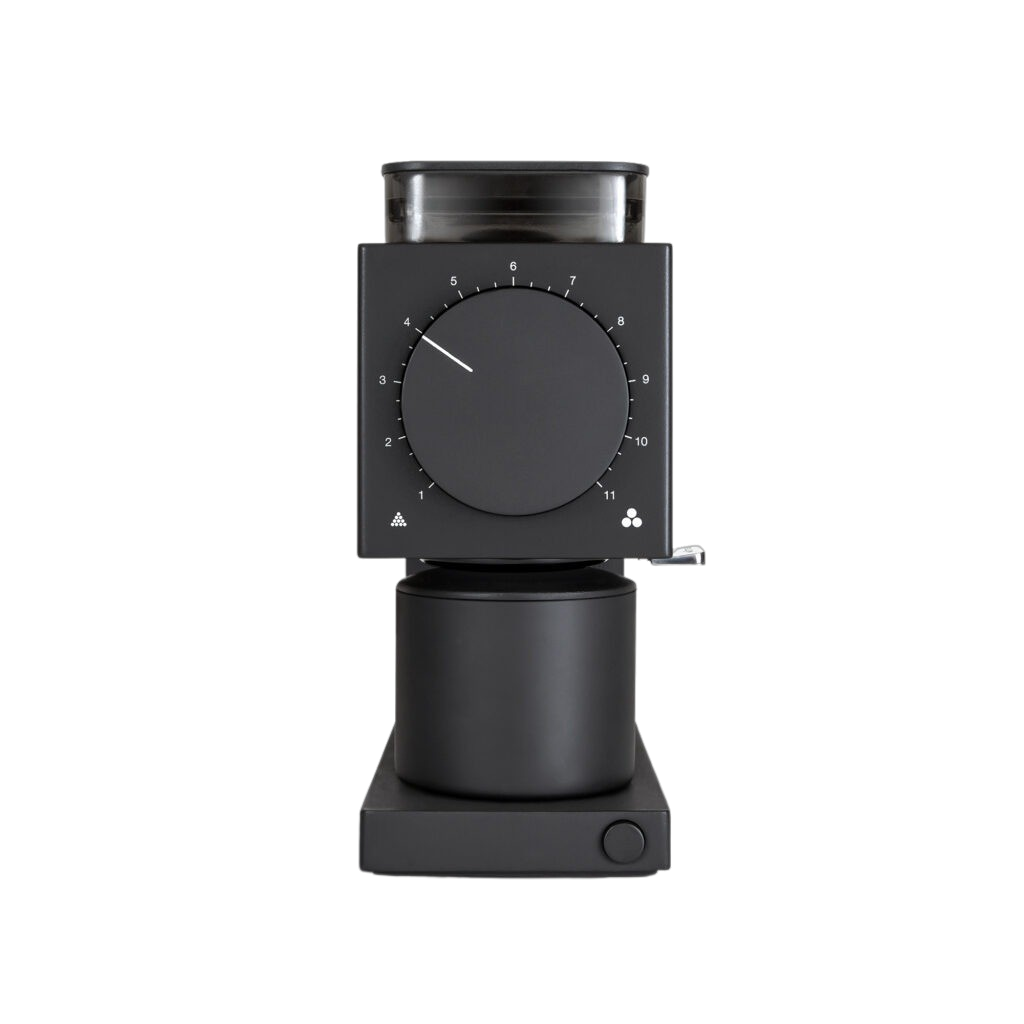 The Fellow Ode is a new grinder for filter brewing from the San Francisco based brand, whose attention to detail matches their design standards.

Fellow make amazing brewing gear, and the Ode is their first grinder, designed for people who make brewed coffee at home. By brewed, we mean Aeropress, mokapot, filter, pour-over, cafetière. It will not go fine enough for espresso, though, so if you have an espresso machine at home, then you should check the Wilfa Uniform+ grinder instead, or a dedicated espresso grinder.

Ed has been putting it through its paces at home, because as always, we want to test everything before we can tell you about it. Here’s his thoughts:

“It looks beautiful, in a Bauhaus kind of way, and it’s small enough to fit under any kitchen cupboard, as it’s only 24cm high, though leave an extra 5-8cm in order to lift the lid. The footprint is also really small, so it won’t take up loads of space on your counter. The hopper is relatively small, but it holds 80g, so it’s plenty for brewing a few cups. The flat burrs are 64mm, so they chew through coffee really quick, and the motor is fitted with an automatic cutoff detection feature, so it turns itself off when the coffee stops grinding. It’s quiet too, so it wont wake up everyone else in the house if you have to make coffee for an early start.”

The little grounds bin has a magnet in the base, so it snaps pleasantly into place, the chaff-knocker works well (you’ll get a little bit of chaff spraying around but not loads), and there’s a grind size guide on the hopper lid – which you may wish to change to your preferences. In the grinds cup, there’s even some little fins to help you pour effectively into an Aeropress, without your coffee spilling all over the place. These units are fitted with the new v1.1 burrs.

This is a really good grinder, full of little touches that show that Fellow have really thought through the details. Grind quality and consistency are key to a great tasting cup of coffee. With Ode, predictable and precise particle size is possible with every push of the button thanks to café-sized flat burrs, a powerful motor with PID feedback control, and easy grind adjustment. 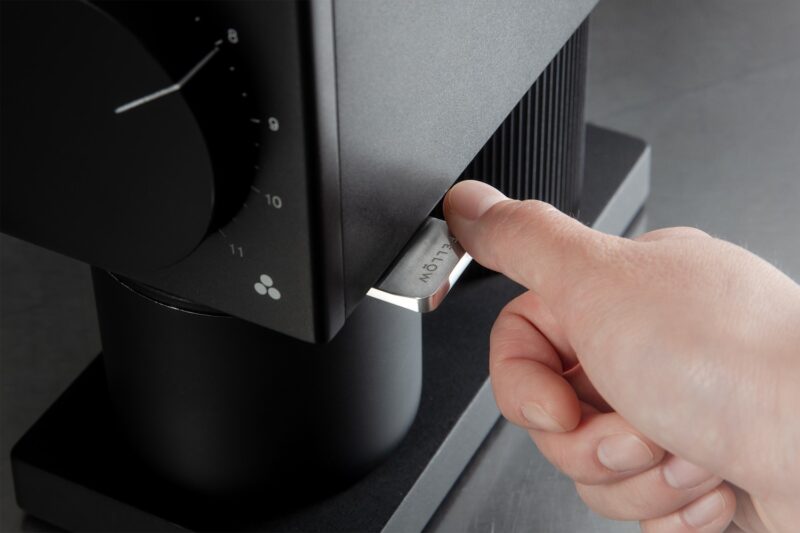 A stacked variety of carefully engineered features set Ode apart from the pack. With a magnetically aligned catch for added cleanliness, a grinds knocker to reduce grind retention, and auto stop for one less step, Ode is here to contend with the café titans. 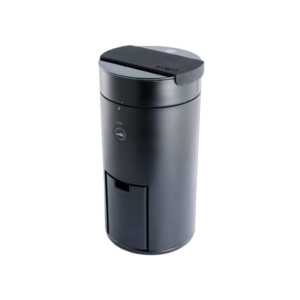 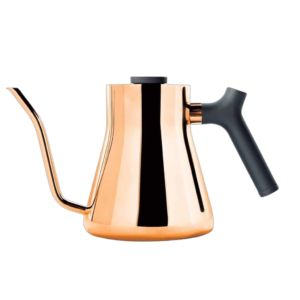 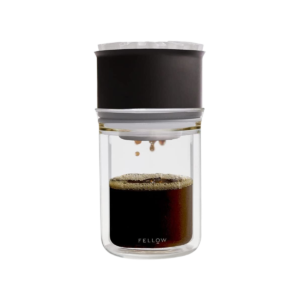